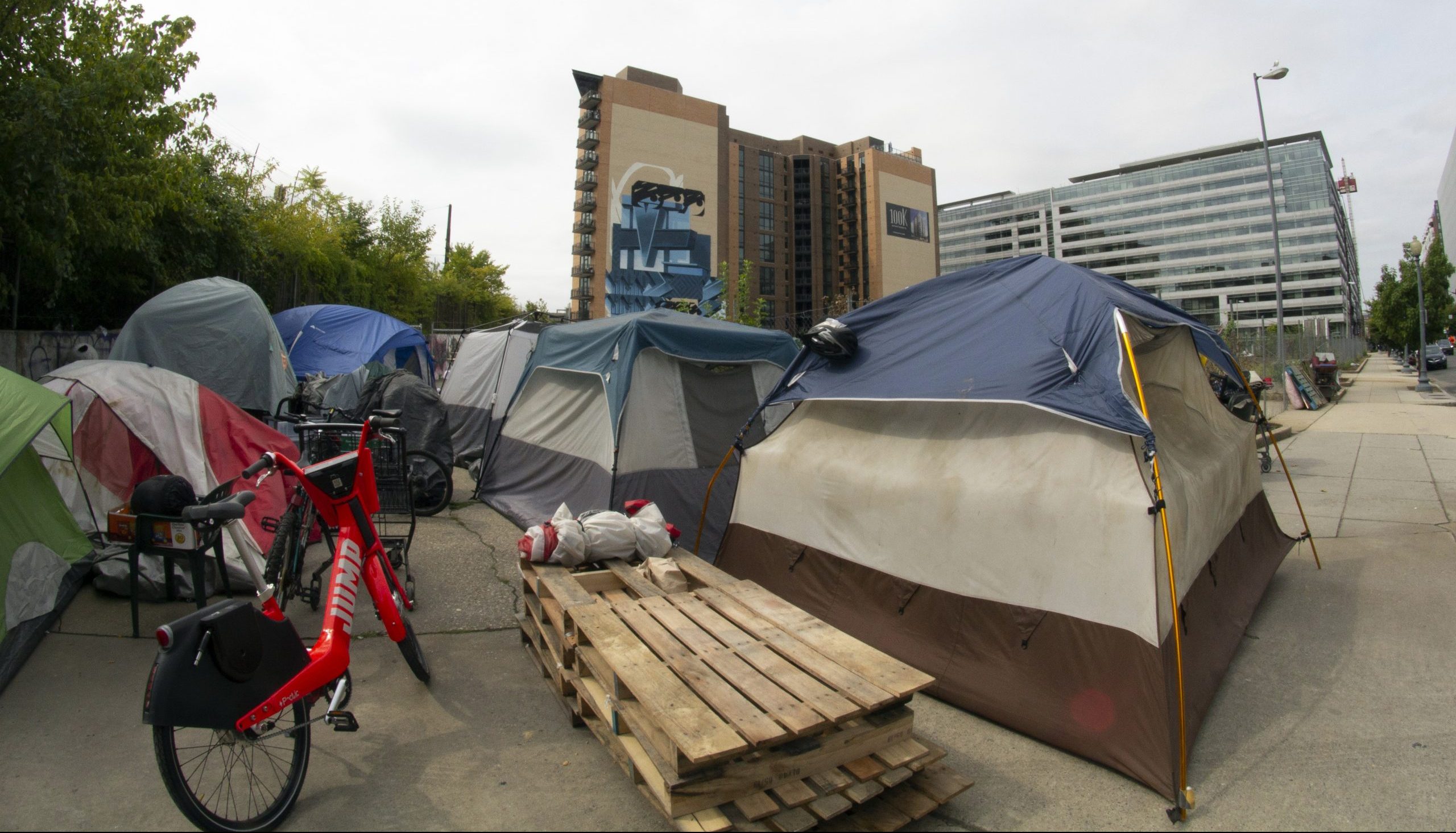 WASHINGTON — Amid an economic boom in the 1990s, Washington joined cities around the country in creating Business Improvement Districts, organizations designed to “promote economic growth and employment.”


The D.C. Council encouraged the BIDs to spend the real estate tax surcharges they collect on supporting economic development, providing services to homeless individuals and supporting “self-help programs consistent with their local needs.”


Since passing BID legislation in 1996, the council has approved 11 such zones across the city, including the NoMa district in 2007. Dominated by real-estate investors and developers, the BID got to work immediately by bringing in new businesses, new residents and a new tax-revenue stream.

While some D.C. BIDs use their funds to provide support for low-income and at-risk populations, NoMa has focused its resources on neighborhood beautification and residential development. With almost a dozen luxury apartment and condo complexes currently in the works, there is no shortage of units for the crowds drawn by the neighborhood’s glitzy streetscapes.

Just down the street from the swanky bars and amenity-laden apartments, though, homeless residents camp in tents, left behind by a neighborhood swiftly growing.


It’s now home to 1.3 million square feet of office space and thousands of apartments. The few scattered houses have given way to high-rises, including the recently-opened 100K Apartments, where a 440-square-foot studio rents for more than $1,830 a month.


BIDs in some parts of the country focus only on maintenance and sanitation, like cleaning up graffiti and filling potholes. But before the pandemic arrived, the NoMa BID staffers also organized outdoor movie nights, bar trivia, farmers markets and festivals. Hospitality staffers strolled the streets, answering questions and helping residents and tourists alike find the best oysters and coldest brews in the neighborhood.


Its foundation used $5 million of a $50 million city grant to create Swampoodle Park, a dog park named for the historic neighborhood of Irish immigrants who migrated to Washington during the potato famine. Another $1.2 million was spent on light sculptures installed in the underpasses where homeless people camp.


“ Housing alone, no matter how much is built, simply will not solve the encampment issues. ”

The increased development has taken a toll on lower-income populations in the neighborhood. “The BID and gentrification, they almost go hand in hand,” said Aaron Howe, an activist and Ph.D. candidate at American University who has studied the area. “NoMa claims they built over a relatively abandoned warehouse district, as opposed to a vacant area or a low-income area.”


NoMa BID President Robin-Eve Jasper said the neighborhood’s new amenities have attracted homeless people. Encampments “really started picking up about three, four years ago,” Jasper said. “We’ve had some long-term people who’ve been living in the neighborhood … but nothing like we see today in terms of volume.’’


Jasper published a letter on the BID’s website in August 2019 that said people live in the neighborhood’s encampments because their mental health and substance-abuse problems often “cause people to choose to live on the street rather than stay in their housing or accept shelter.’’


“Well-intentioned advocacy that conflates the problems experienced by encamped individuals only with housing affordability is misguided,’’ Jasper wrote. “Housing alone, no matter how much is built, simply will not solve the encampment issues.”


Jasper said in an interview that the compassionate response to people with mental health and substance-abuse issues was to not  “let them stay in dirty, wet underpasses.’’


She called on the city to do more. A statement from the BID said addressing homeless issues “is a core municipal service, and the law prohibits the city from relying on a BID to take over this role.’’


Only blocks away, Washington’s DowntownDC BID opened a homeless services day center in 2019, using its own funds and a grant from the city. Prior to the COVID-19 pandemic, it offered daily case management, laundry and showers, as well as assistance with legal aid and health care. The center continues to operate on an appointment-only schedule.


Jasper said the NoMa BID has partnered with Ami Angell, leader of The h3 Project, to study the demographics of the NoMa encampments. The nonprofit “is doing an amazing job of connecting people to services and housing,” Jasper said.


“We have been especially moved by Dr. Angell’s commitment to continue working with people experiencing homelessness in NoMa throughout the pandemic, a time of deep and expanding need — but also a time when many other outreach entities understandably cut back their work,” Jasper said.

Brenda Wintrode and Bryan Gallion contributed to this story. Wintrode, Gallion and Lerner are from the Philip Merrill College of Journalism at the University of Maryland.


Lead photo: Typically, when encampments are cleared, the residents just set up temporarily nearby. On Sept. 5, 2019, the residents of the L Street NE encampment moved down the block, to the foot of a new luxury apartment building. (Julia Lerner/University of Maryland)