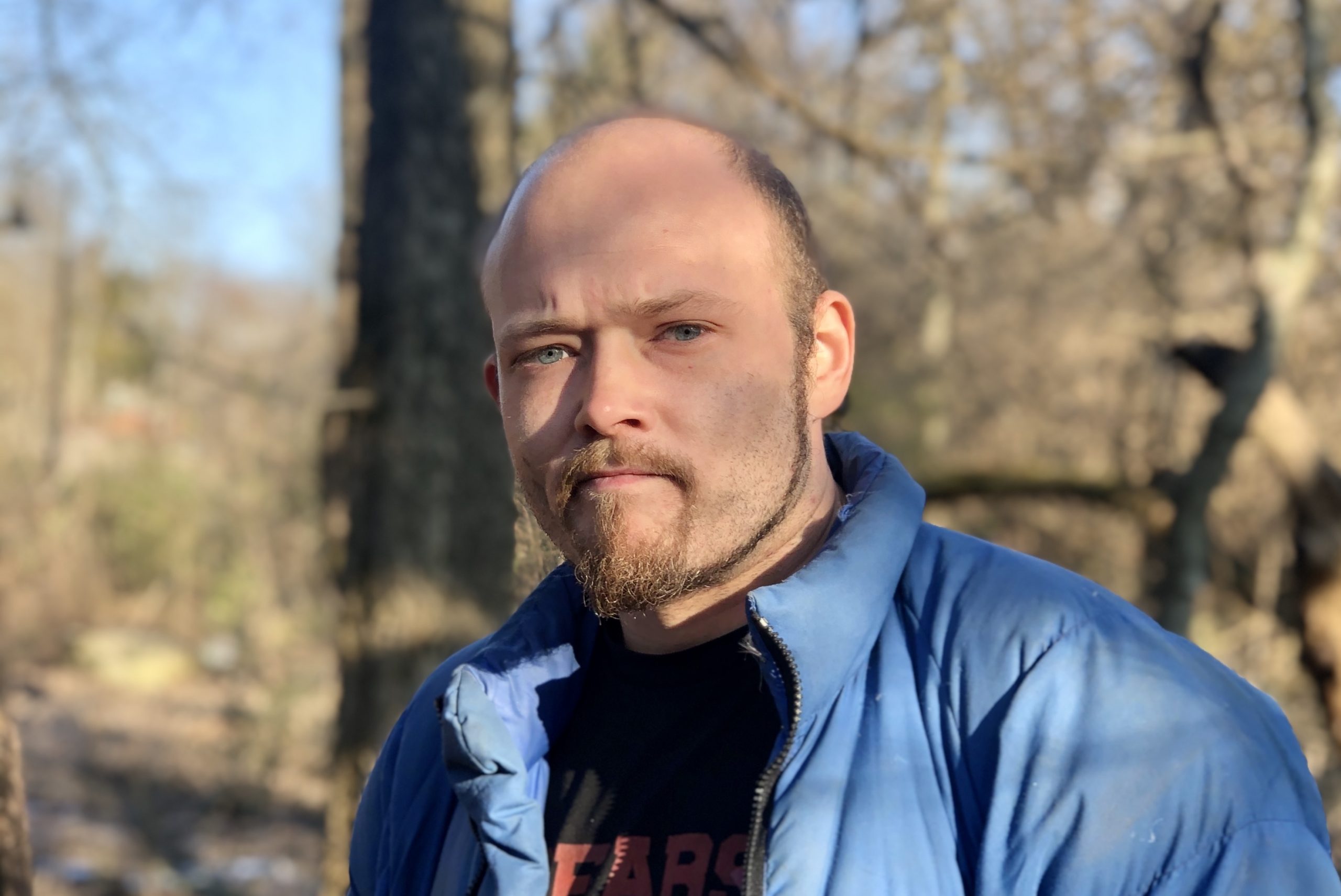 By Katy Seiter, The Razorback Reporter

FAYETTEVILLE, Ark. — William, 30, and his girlfriend lost their apartment after they missed several rent payments. With no housing and no employment, William found a new home in one of the several tent encampments in south Fayetteville, on land owned by the state’s largest university.


William set up his tent in an encampment, occupied by eight others, in a muddy area along the Town Branch Trail, a bike path used by professors and students at the nearby University of Arkansas. In this encampment, William became one of 369 unsheltered people living in Northwest Arkansas, according to a homeless services group, the Northwest Arkansas Continuum of Care. However, within just two weeks of staying there in mid-February, William found himself facing eviction, again.


“We’re getting kicked out of here now,” said William, who did not provide his last name and was apprehensive about sharing many details on his life. University of Arkansas Police were closing the camp after citizen complaints about trash in the nearby creek. William didn’t know where he would go next.


“Anyone who is homeless, it seems they’re trying to push us further and further out of town,” he said. “It’s farther and farther away from the facilities that help us. That makes it even harder.”

According to Sgt. Anthony Murphy of the Fayetteville Police Department, a growing number of complaints led University of Arkansas Police to close the encampment, located on university-owned property.


“It’s become unsightly and unsanitary. Trash gets dumped along the banks of the creek, so when it floods, it washes that trash down. A lot of citizens have complained about the amount of trash that has accumulated in the creek,” Murphy said. “It becomes a hazard; where are people going to the bathroom? It’s all happening right there.”


This isn’t the first time homeless camps in south Fayetteville have been shut down. In September 2018, the University of Arkansas cleared a 60-acre plot of land, forcing approximately 100 homeless people out. The Fayetteville Salvation Army responded to the closure by offering immediate overnight shelter to half of those people, who had nowhere else to go.


According to the university, the homeless camp was a safety concern. In the months prior to the closure, one homeless man was killed. In 2017, two deaths were reported in an encampment on university-owned property.

Finding a semipermanent location to set up camp is hard enough, but it is not the only challenge William faces. As he searches for employment, his hygiene becomes one of many concerns.


“Half the time you spend most of your day just trying to get a clean shower,” William said. “You’ll waste your entire day for that 15-minute relaxed and clean feel.”


Another challenge involves just basic communication. “Whenever you’re homeless, it’s hard to even find a phone to be able to contact people about work,” William said.


William and his girlfriend went separate ways when they lost their apartment. Since then, his closest companion has been his dog, who recently suffered a broken leg after being hit by a vehicle.


“I’m supposed to keep her under close observation, otherwise she could chew her cast off. I got a note from the vet that says she needs to be kept inside, kept dry, you know, not kept in the cold,” William said. “I was going to try to keep her with me in the cold shelter last night, and they told me that I couldn’t keep her there, so I ended up staying with her instead of being in the cold shelter.”


On that particular night in February, the low was 18 degrees.


“ Half the time you spend most of your day just trying to get a clean shower. ”
— William, 30

Other homeless individuals described the challenges of living in the woods in Fayetteville. Allen, a 54-year-old native of Northwest Arkansas, has been homeless for seven years. His latest employment was in a dining hall on the University of Arkansas campus before medical problems forced him out of work. In the 1990s, Allen had an eye surgery to correct his vision, but he developed an infection and almost complete blindness in his right eye.


Allen, who did not provide his last name, qualified for financial assistance from a local eye doctor and had additional medical care, but the healing process was slow and has limited Allen’s work opportunities. Without work and without qualifying for disability, Allen began drifting from shelter to shelter during the day and staying in tents at night.


Initially, Allen stayed in an encampment, but the lack of privacy led him to move out on his own.


The biggest challenge for Allen is keeping dry and keeping his belongings safe. Since he stays alone in his tent, he has no choice but to leave his belongings unguarded when he goes to the shelter. “I’ve had stuff stolen before,” Allen said. “I don’t care if it’s just clothing, like a T-shirt. I expect somebody to do that.”


Even after spending seven years without a home, Allen remains hopeful he can find permanent housing soon. His biggest hope lies in the New Beginnings Homeless Transitional Village, a temporary housing and social services village led by Serve Northwest Arkansas and University of Arkansas sociology professor Kevin Fitzpatrick, an expert on homeless issues. William, on the other hand, will look to settle into a new encampment location and try to find work to begin saving for an apartment.

‘Are you going to feed us to the wolves’ when temporary respite ends?