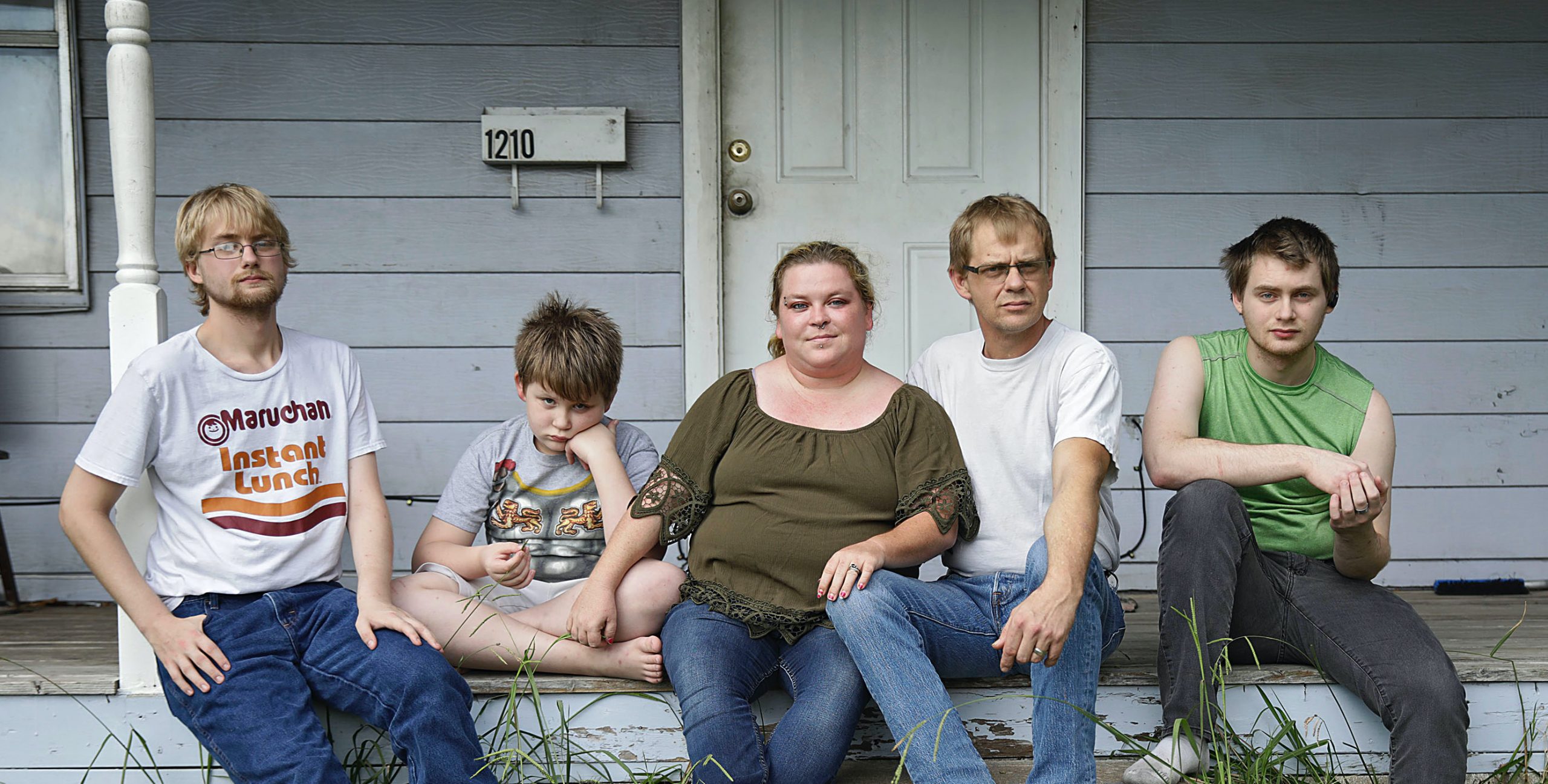 
A program in Tulsa, Oklahoma, designed to stem evictions amid the pandemic fell flat when lawyers advised landlords the deal offering to pay back rent was too risky.


The Landlord Tenant Relief Program was prepared to pay the rent for anyone who needed help this spring using public donations and unlimited funding from a private donor. In exchange, landlords had to agree not to evict tenants for the next three months.


But organizers said they provided money for fewer than 15% of eligible eviction cases. Attorneys for eviction services companies that handle two-thirds of Tulsa’s evictions said they had warned landlords it was a risk to waive their eviction rights.

This project was supported by grants from the Pulitzer Center, the Scripps Howard Foundation and the Park Foundation. The reporting was a collaboration among the Howard Center for Investigative Journalism at the University of Maryland, the University of Arkansas, Boston University and Stanford University.

Tenants attorney Eric Hallett of Legal Aid Services of Oklahoma said he thought the program was going to “save the day” for struggling families in a city listed as the nation’s 11th-biggest evictor in a 2016 survey by Princeton University’s Eviction Lab. “It should have; it was free money,” Hallett said.


Donors entrusted the distribution of funds to Restore Hope Ministries, a nonprofit with decades of experience providing rental assistance in Tulsa. Restore Hope facilitated the payment and the agreement between landlords and renters to help tenants avoid eviction.


Both had to sign a contract before receiving the rent payment. It required them to seek mediation for lease violations, including nonpayment of rent. Landlords could still file evictions because of criminal activity.


If the landlord proceeded with eviction after accepting the money, they would have to reimburse the fund.


Organizers noticed almost immediately that three lawyers — Nathan Milner, Blaine Frierson and Tracey Persons — represented landlords for over 340 of the 434 eligible eviction cases. At least one of the lawyers disputed that number but could not provide an alternative figure.


As of January 2019, 66% of fees for eviction filings in Tulsa County were paid for by one of these three companies, according to court records analyzed by the Howard Center for Investigative Journalism at the University of Maryland. The services provide attorneys to represent landlords in court, saving landlords time away from managing their properties, according to Jennifer Johnson, chairwoman of the board of directors of the Tulsa Apartment Association.


“These eviction companies in Tulsa will fill out all of your court paperwork, will make sure it gets filed, will serve the tenant with the paperwork and will show up to court with a lawyer on your behalf,” Hallett said. “So you don’t even have to go to court.”


Lawyers for the eviction services companies said they thought the contract put landlords at risk.


“I was advising every client not to do it, but I still had some that wanted to roll the dice and try it,” said Milner, who said he is paid a flat monthly fee to represent Asset Recovery Management’s clients seeking evictions.


Milner said the rental assistance contract effectively negated landlords’ leases and could make it impossible for landlords to evict for lease violations such as bringing a dangerous pet onto the premises.


“We were trying to keep people from becoming homeless in the middle of a pandemic.”

Boeheim Freeman Law, where Persons works, is retained by Tulsa Evictions LLC, according to Brian Boeheim, the firm’s senior partner.


“We gave our landlords very clear communication on the risk and rewards of that program. And they made the decisions based on that,” Boeheim said, who spoke on behalf of Persons.


One of the risks, he said, was language in the contract prohibiting landlords from evicting tenants for criminal activity unless they’d been arrested or convicted. The contract language, however, comes straight from the Oklahoma Residential Landlord and Tenant Act. It says “nothing in this agreement shall prevent a landlord from” evicting for reasons of criminal activity that “threatens the health, safety or right of peaceful enjoyment” of other tenants. Such acts are grounds for immediate termination of the lease, according to language in both the rental-assistance contract and Oklahoma state law.


Frierson, who said he reminded his landlord clients they may not see rent or be able to evict for up to three months, estimated that 75 of his eviction cases were eligible for the deal. He declined to say the exact number of clients who accepted the offer. Court records show he represented plaintiffs in eviction cases where F.E.D. Services paid the filing fees.


“The landlord is typically not in a charitable business, and they deserve to be paid,” Frierson said.


None of the eviction services companies responded to requests for interviews.


Boeheim and Milner said the lawyers should have been invited to participate in writing the agreement. “They needed to come to us and go, ‘What kind of language needs to be in here so that you guys feel that your clients, your landlords are protected?’ ” Boeheim said.


Restore Hope Executive Director Jeff Jaynes said the attorneys were informed of the agreement and some feedback from the lawyers was incorporated into the contract, such as tenants having to uphold their end of the lease and pay all of their future rent.


“It wasn’t intended to be a negotiation; it was an offer of assistance,” Jaynes said.


Jaynes said the agreement did not aim to hurt the business of the landlords nor their lawyers, and he wished more landlords were taking them up on the offer.


“We were trying to keep people from becoming homeless in the middle of a pandemic,” he said.


That almost happened to Jack and Beth Myers, who lived in a rental not covered by the CARES Act’s eviction moratorium. The law enacted March 27 prohibited landlords from filing evictions if the mortgages on their properties were backed by federal programs such as the Federal Home Loan Mortgage Corporation, better known as Freddie Mac, or if they participated in federal housing assistance programs like Section 8 vouchers. The moratorium expired July 24.


Like nearly half of American renters, the Myerses were already spending more than 30% of their income on rent. Beth said they’ve been late paying rent before.


But the strains of the pandemic snapped what little financial stability the family had.


Jack, who says he has Type 2 diabetes, resigned from his steady job as a welder at the end of April amid concerns of contracting the coronavirus. He applied for unemployment benefits the next day, but it would be weeks before the family of six would receive the money.


Then the eviction notice came. The couple reached out to Legal Aid Services of Oklahoma, which connected them with the rent-relief program.


“It bought us time,” Beth said. “It gave my kids a roof over their head a little bit longer. And it took a lot of stress off of my husband and me.”


Their landlord, Troy Wilstead, said he reluctantly accepted the offer. If he took the rental-assistance money, he said he at least got two months of the Myerses’ late rent.


The Myerses have since received another two months of rental assistance from the program. Wilstead has been paid through August.


New Tulsa Housing Policy Director Becky Gligo, whose eviction prevention efforts over the past year positioned the city to help renters during the COVID-19 crisis, said she understands landlords are running businesses, but hoped for more compromise during a time of “extraordinary need.”


In August, the Tulsa Housing Authority received a $15 million grant from the county’s CARES Act funds that will be solely dedicated to rental assistance for renters faced with COVID-19-related hardship. A portion of state CARES Act funds will also be available for rental assistance. Gligo said the new program that opened Aug. 24 will not put restrictions on landlords that accept the funds.


“We made the hard but strategic choice that it’s more important right now to just keep people in their homes,” she said.


Milner said because of the lack of restrictions on landlords, he allowed several of his cases to be rescheduled so tenants would have time to apply for the latest funding.


“I think a lot more of our clients are going to be inclined to take a look at this,” Milner said.


Wintrode reported for the University of Maryland. Lead Photo: The Myers family is receiving money for rent from the Landlord Tenant Relief Fund in Tulsa after getting an eviction notice. The fund paid their landlord four months’ rent after city officials and nonprofits collaborated to collect public and private money to keep vulnerable renters like the Myerses from being evicted during the pandemic. Five of the six family members — from left, Duncan, 21, Riley, 9, parents Beth and Jack, and Dylan, 20 — gathered on the front porch of their Tulsa rental home recently. (Mike Simons)