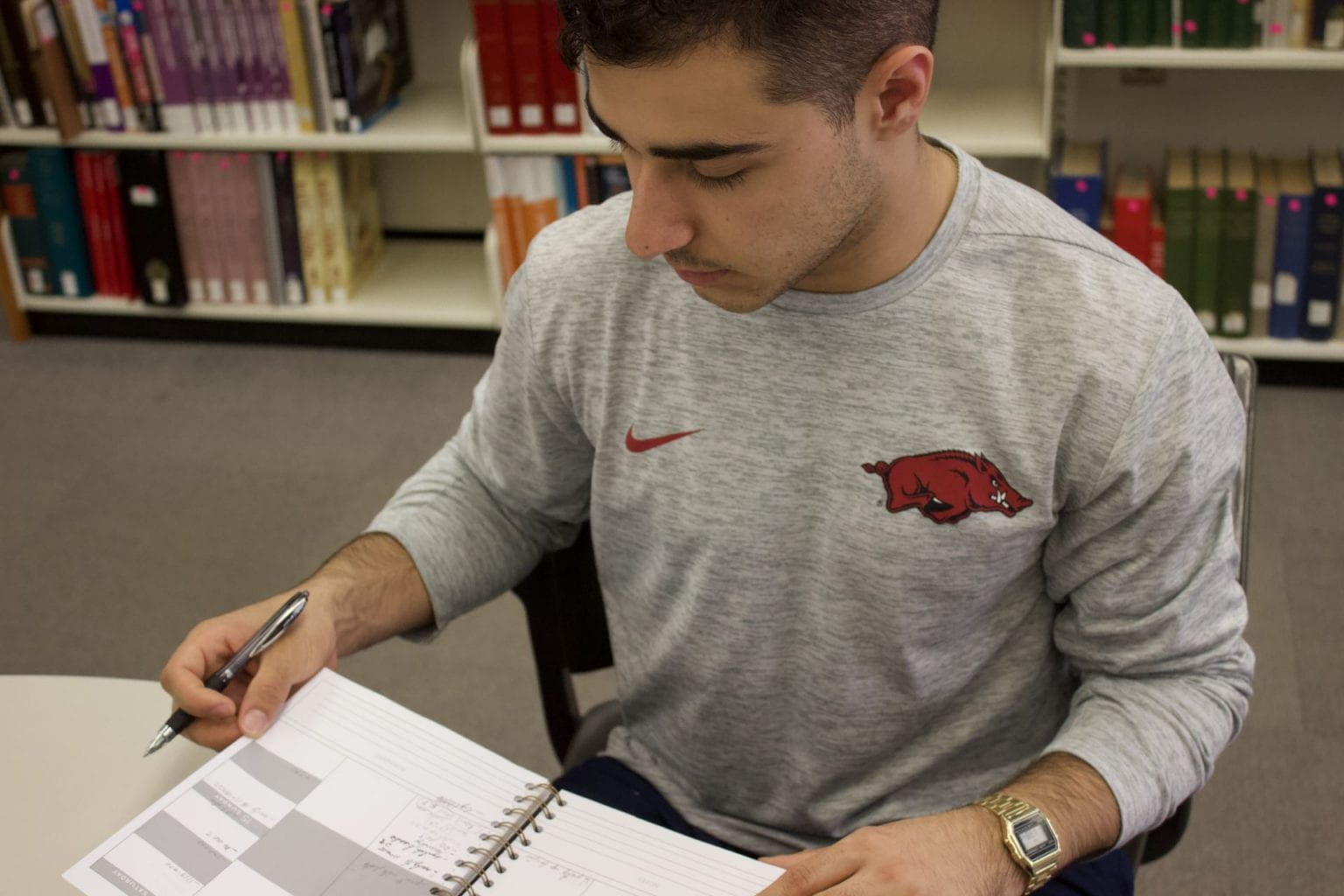 By Abbi Ross, The Razorback Reporter


FAYETTEVILLE, Ark. — John Cardenas, a University of Arkansas sophomore, knows what it means to be homeless and to work your way up from almost nothing.


Cardenas started his senior year of high school in a homeless shelter in Albuquerque, New Mexico. Born and raised in Fayetteville, Cardenas moved to New Mexico before his senior year in high school. Familial issues left him without a place to stay and in a teen shelter, he said.


How many students are facing those harsh realities at Arkansas? One measure of need: a university food pantry served 439 students in fall 2019.

Besides this anecdotal information, no one really knows how many students are sleeping in their car on a cold, winter night, crashing on their friend’s couch for weeks on end or even going to a local shelter in search of a meal.


There is no clear estimate of homeless University of Arkansas students because students are only required to list an address when they apply to the university. Students who are 21 years old and younger, and who live beyond the 70-mile radius, are required to live on campus during their freshman year.


One national study suggests a significant problem. Nearly four in 10 college students in a survey of 43,000 reported that they did not have adequate housing, according to research on four-year and two-year colleges conducted by Temple University and the Wisconsin HOPE Lab. They surveyed students from 66 institutions in 20 states and the District of Columbia.


“ There are lots of different reasons that can get people in this spiral down that leads to, ‘Holy crap, I don’t have a place to sleep tonight.’ ”
— Kevin Fitzpatrick, University of Arkansas professor

There are a number of reasons that students face homelessness, said Kevin Fitzpatrick, a University of Arkansas sociology and criminology professor. Mental health, relationships, job loss, poor financial management and drug abuse could cause a student to become at risk for homelessness, Fitzpatrick said.


“There are lots of different reasons that can get people in this spiral down that leads to, ‘Holy crap, I don’t have a place to sleep tonight,’” Fitzpatrick said.


For those students, the solution to their problems is complicated. There is no catch-all resource for a student experiencing homelessness.


Cardenas recalled things started turning around for him when he moved into a transitional living program and then in with a friend for the second semester of his senior year. Cardenas said he decided to return to Fayetteville, where he had friends willing to help him.


“I was destined to go to college, regardless of the situation,” Cardenas said. “It was just a matter of where and how.”


Cardenas enrolled at NorthWest Arkansas Community College and stayed with a friend and her family while working to save money and to get a car, he said.


“I kind of just worked myself out of the situation,” Cardenas said. “I still, to this day, work full time and go to school full time.”

Local resources, such as the Northwest Arkansas Salvation Army and the 7Hills Homeless Center, are open to anyone in need. Students who are couch surfing or doubling up with others may not even realize they are considered homeless under federal law and, as a result, may have access to services and resources.


For example, the University of Arkansas has a food pantry and the UofA Cares program to help students and staff in need. Helping students with rent payments, especially in the winter months to keep up with utilities, is one of the major uses of the UofA Cares fund, said Andrea Allan, the program’s coordinator.


Housing costs are a challenge for many students, and off-campus housing in Fayetteville is not cheap. The median gross rent in Fayetteville from 2014 to 2018 was $770, according to the United States Census Bureau. A two-bedroom apartment at popular student housing complexes such as Atmosphere, The Cardinal at West Center, The Vue and Hill Place range from $689 to $805 a month, per person.


A student working 20 hours a week at a minimum-wage job would earn $800 a month before taxes, leaving very little room for expenses outside of rent. Those students working to support themselves are often low-income, first-generation and minority students.


For Cardenas, the development of a support system was critical to finding a path out of homelessness.


Cardenas said if he were to face a similar situation he would be mentally tough enough to handle it. “As much as it was degrading, it was empowering,” he said.