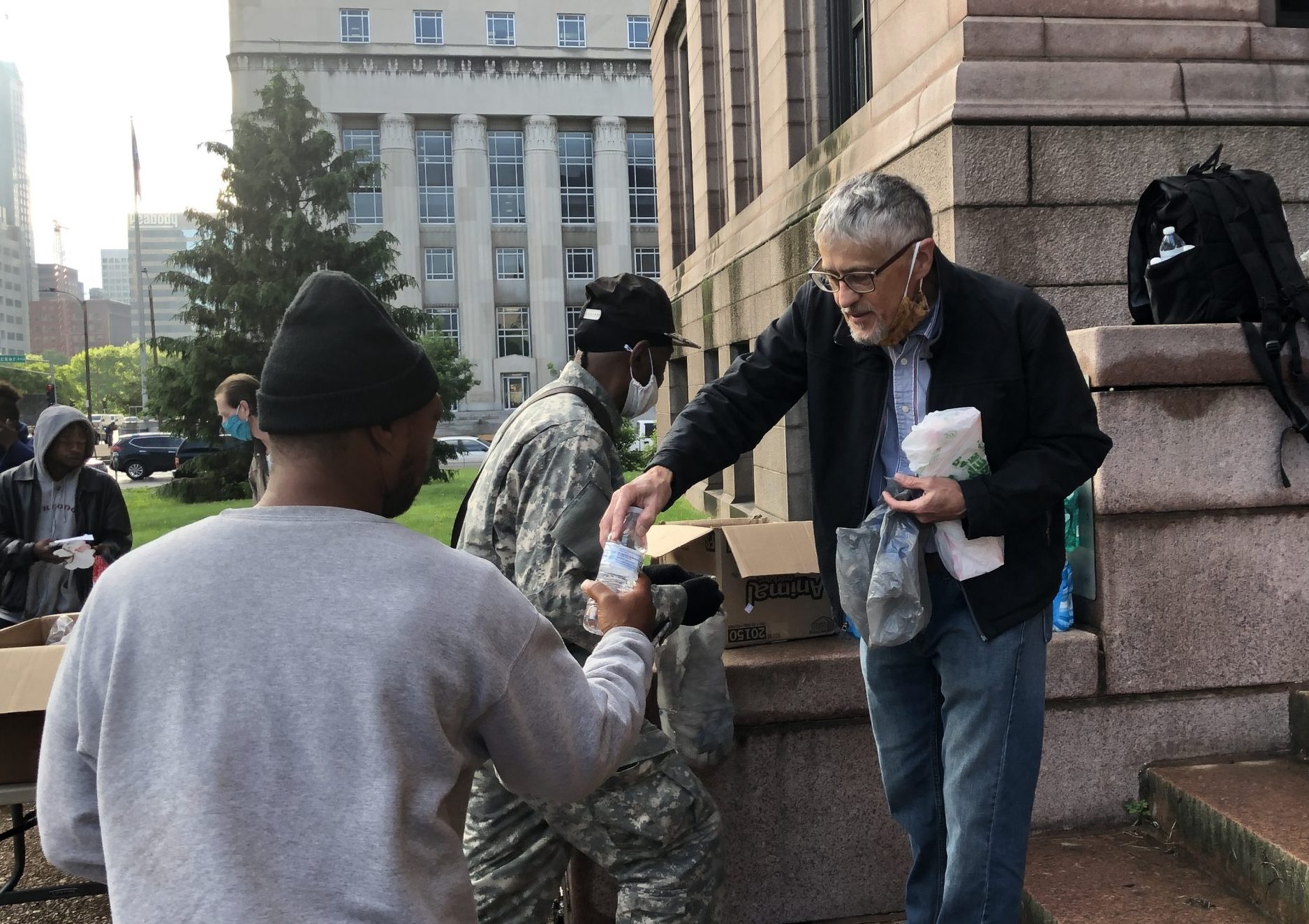 ST. LOUIS — A St. Louis pastor is suing the Midwestern city over enforcement of an ordinance that made it illegal for him to distribute bologna sandwiches to the homeless.


The federal lawsuit, set for trial in November, alleges the law violates his First Amendment right to practice his religion.


Pastor Raymond Redlich, then 66, and Christopher Ohnimus, then 57, who both worked for the nonprofit New Life Evangelistic Center, were handing out sandwiches and bottled water from a cooler in downtown St. Louis in 2018, when a police officer stopped them.


Police cited them for failing to obtain a temporary $50 city permit to share food, the incident report states.


Officer Stephen Ogunjobi wrote in the report he “observed an increase in the number of homeless individuals, loitering and trespassing on the stairs of 1210 Locust Street. I also observed an increased amount of trash, food wrappers, half-eaten food and human waste (feces) around the area.”


Failing to appear in court to answer to the charges could result in fines, arrest or potential jail time, said the men’s attorney, Dave Roland, director of litigation at the Freedom Center of Missouri.


Redlich said the city wants to hide the homeless problem.


By December 2018, the city dropped the matter.


St. Louis City Counselor Julian Bush said of the lawsuit: “We have an ordinance that regulates the distribution of food. It’s to keep people safe. That’s what it’s all about.”

In a court document, Associate City Counselor Abby Duncan wrote: “The distribution of bologna sandwiches to the public requires a temporary food permit because bologna is a potentially hazardous food as outlined in the ordinance.”


Roland’s view? “The city’s approach is a bunch of baloney.”

Dalmia and Komiyama are from the Boston University Department of Journalism. Tansill-Suddath is from the Philip Merrill College of Journalism at the University of Maryland. Lead photo by Raymond Redlich.

Arkansas jail releases inmates, dozens of them homeless, amid COVID-19