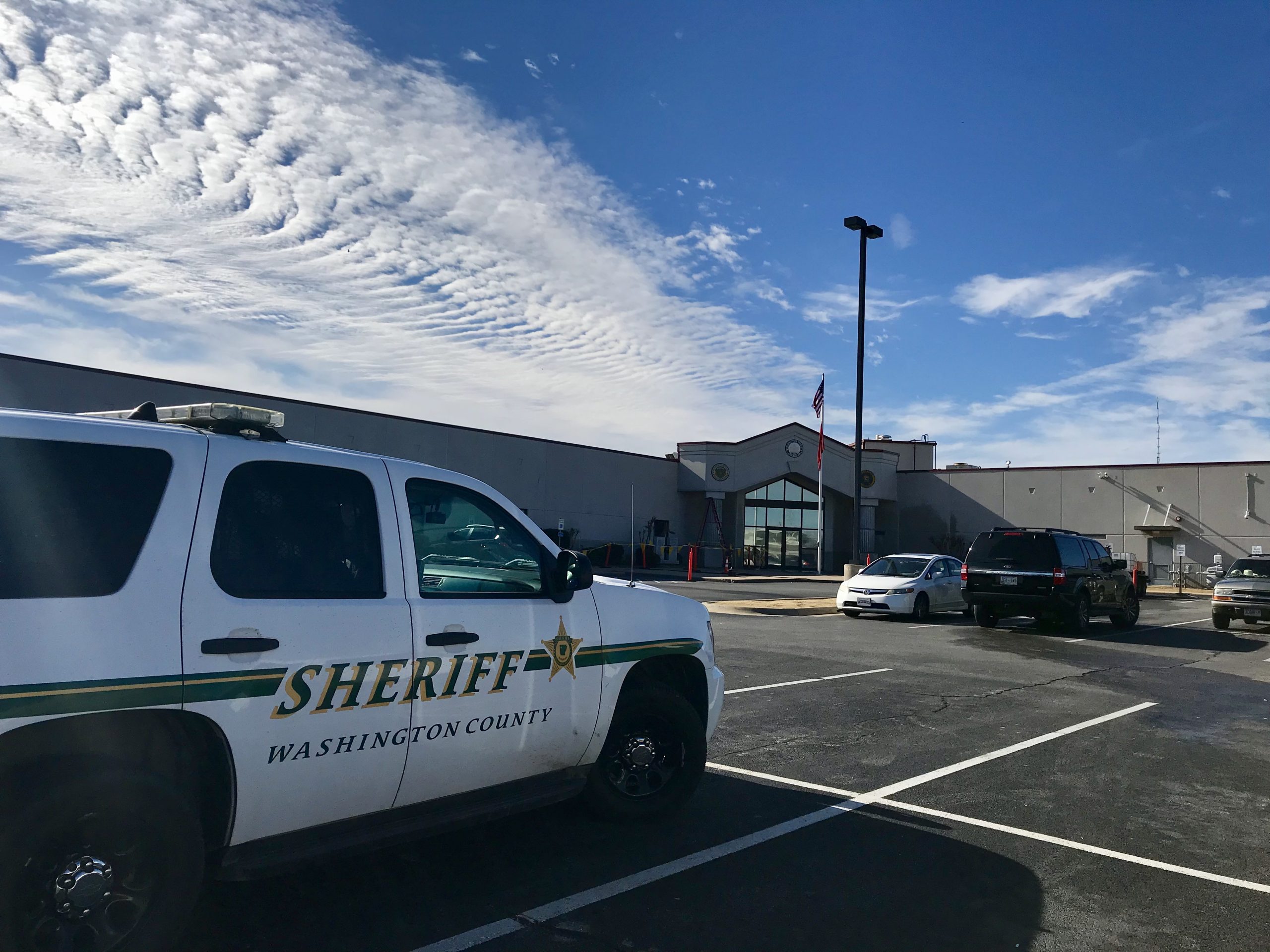 
FAYETTEVILLE, Ark. — The Washington County Detention Center, one of the largest jails in Arkansas, released a third of its inmates — including some homeless detainees — over a 10-day span in March to reduce the risk of a COVID-19 outbreak behind bars.


A Razorback Reporter analysis of the jail’s detainee roster showed a reduction of 219 inmates from March 18 to March 27. The Washington County Sheriff’s Office said it aimed to release nonviolent offenders, many of whom would be monitored electronically. Of that group released, some 33 individuals — or 14% — were classified as homeless.

The Razorback Reporter examined home addresses and pending criminal charges for 637 detainees listed on March 18 and March 27. Homeless detainees were determined by looking at their addresses on the roster; some were listed as homeless while others listed the address of a local homeless shelter or a motel.


“Being homeless was not in our criteria regarding release,” Kelly Cantrell, a Washington County Sheriff’s Department spokesperson, said in an emailed statement. “But we are providing information to individuals upon their release who may be homeless.” The Sheriff’s Department declined to make officials available for interviews.


Containing spread of the virus has been a prominent topic at the Washington County Sheriff’s Department. Sheriff Tim Helder has endorsed self-quarantining to prevent spread of the disease, and was himself in self-quarantine in March after his son was exposed to the virus. Helder tested negative for COVID-19 and has since returned to work.

Kevin Fitzpatrick, a University of Arkansas sociology professor and expert on local homelessness, said the detention center was right to release nonviolent inmates.


“Those individuals could and should be released for further adjudication at a time when the coronavirus threat is no longer the case in NWA,” Fitzpatrick said, prior to the inmates’ release.


The Razorback Reporter analysis showed around three-quarters of the released homeless detainees had administrative charges such as a parole violation, and nearly half were charged with drug-related crimes.


“The convicts that come out of jail … they let them out at two o’clock in the morning, there’s no ORT (Ozark Regional Transit) and they have to walk somewhere. They have no place to go,” Davis said.


Interviews with homeless people revealed they have significant problems finding housing if they have a criminal record. Waylon B. Sessions said his family is living in an apartment, but he cannot formally live with them due to his criminal record. “I cannot be put on the lease, or they would not have gotten the apartment,” he said.

The Washington County Detention Center was overcrowded before the COVID-19 outbreak. In December, there were about 90 detainees sleeping on mats on the floor. In an open letter from March 2019, Helder said he had pushed to ease overcrowding since 2014 and called for a jail expansion.


“We have been very aggressive administratively, releasing misdemeanor and nonviolent offenders at a rate of approximately 200 per month,” Helder said in the open letter.


Helder proposed a $38 million, 600-bed expansion of the jail in 2019, which was rejected by Washington County justices of the peace.


“We’re going to have to have an expansion,” Helder said of his proposal in 2019. “Look at our homeless population and how it’s grown in this area.”


A review of detainee records showed most of the homeless inmates still in the detention center have administrative charges, although some have felony, violent or drug charges.


The number of inmates within the detention center fluctuates greatly — some detainees are released after only a few days. As a result, the number of homeless individuals varies from day to day.


“A lot of these folks just need to be dried out, treated and get back on their feet,” Helder said. “We can be part of that, but it all takes money.”


Adkison is a reporter for The Razorback at the University of Arkansas. Whitney King, Gina Shelton and Rob Wells of UA’s School of Journalism and Strategic Communication contributed to this report. Lead photo by Gina Shelton.